"KevOz wants to take you on a journey of infinite possibilities. The music pulses with optimism and heart, cajoling the traveler to listen to the nuances of life." - Chuck Diliberto, Awareness Magazine 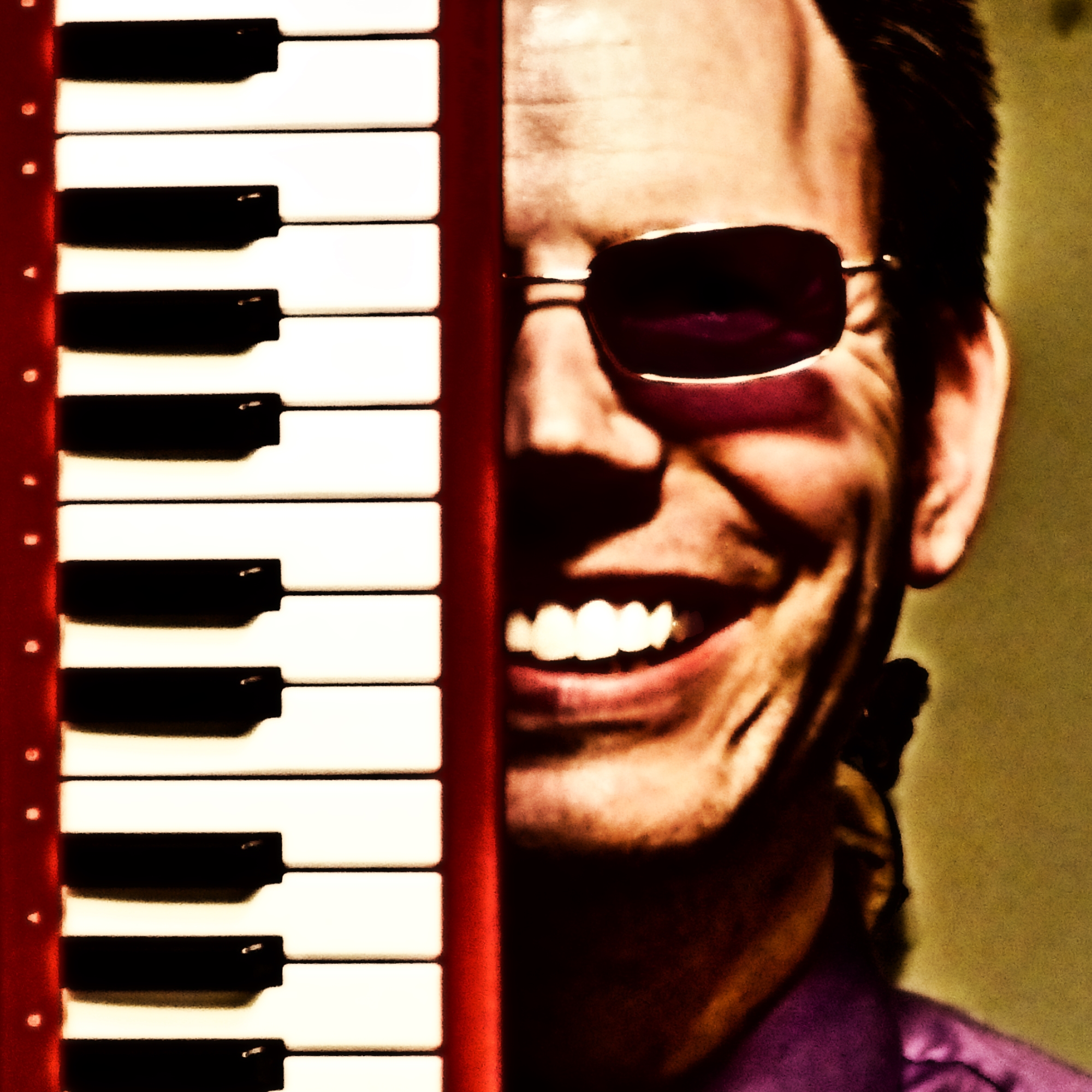 KevOz is Kevin Osborn. He plays synthesizers and other fun electronic gadgets - creating and releasing his own special blend of instrumental music. He draws from life's experiences - big and small - and pours them into compositional form. Having set foot on all seven continents (with destinations including the Antarctic Peninsula to the Arctic Circle; The Great Wall of China to the Grand Canyon; The Great Pyramids of Egypt to Machu Picchu of Peru; Stonehenge to South African game reserves), he has a world's worth of memories and experiences to make music with.

However, life is not complete without the simple pleasures of home - and for KevOz, the love of family and friends is paramount. He grew up in Chicago - the youngest of four brothers, and was brought up on a foundation of rock and roll. But, he's also a child of the 80s - thus, his love of synthesizers. He and his wife Beth currently live in a splendid Chicago suburb called Des Plaines. When they're not traveling around the world, they enjoy inspiring neighborhood adventures, church activities, and the love of their rescue dog Holiday.

Experiencing all of these wonderful facets of life sets the table for unique, one-of-a-kind explorations in sound. Whether it's a smooth suburban sunset, happy pairs of penguins in Antarctica, or the warmth and whimsy of a holiday season, KevOz has crafted a song about it. Along the course of releasing 17 albums, KevOz's work has been featured in major publications such as Keyboard Magazine, television, and independent film. He has worked with the online portal Groupees (who put together bundles of games, music, comics, and e-books) of the Steam community to help benefit charities around the world. And for the past 12+ years, Tokyo Disneyland® has pumped KevOz's atmospheric and high-octane instrumental versions of traditional Christmas classics through the speakers of Tomorrowland® - along with a multi-color, dancing light show beamed onto Space Mountain®.

KevOz is passionate about music and is always working on something new. Being an instrumentalist, KevOz loves crisscrossing genres and keeping listeners on their toes. After all, with so many keys on a keyboard - and the advances of technology - why not venture out and experiment with sound? As one's life itself is an awesome adventure, as is music. KevOz plans on setting the itinerary for music listeners for years to come.